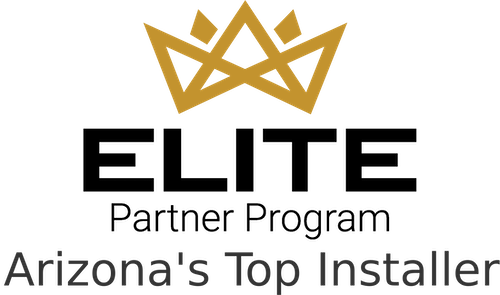 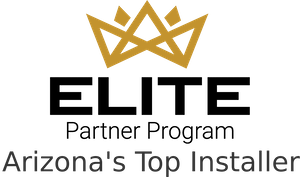 Every home built by Arizona-based Mandalay Homes meets building performance criteria that goes well beyond typical industry standards. All of its homes are ENERGY STAR® certified, Indoor AirPLUS certified, and DOE Zero Energy Ready. Every home has a HERS rating of 50 or less. That means that every Mandalay home promises extraordinary energy efficiency, indoor air quality, comfort, and durability. And to stay on the cutting edge of this kind of home performance, Mandalay Homes is always testing and evaluating the very latest innovations in building technologies. So when Mandalay’s chief technology officer first learned about a new innovation in envelope sealing that promises a fast, affordable means to extremely tight building envelopes, he had to try it out for himself. He knows that a tight building envelope is the foundation that makes every other feature of a high-performance home work – the tighter the envelope, the better the home performs.

Mandalay first tested AeroBarrier on a new 2,200 sqft, 3-bedroom house being built in Prescott, Arizona. The house was first sealed using a traditional spray foam sealing method, which after a full day of application, resulted in a tightness level of 2.0 ACH50. AeroBarrier was then applied in a simple process that took just a few hours to complete. The final results showed a post-AeroBarrier leakage rate of just 0.64 ACH50 – well below even the tightest industry standard for energy-efficient homes.

AeroBarrier may be the most important innovation to hit the building community in years. We were seeking a tighter building envelope and AeroBarrier answered the call. The technology is easily deploy-able in the field, delivers results immediately which is invaluable, and works well in a fast paced production environment. You may be able to overcome the inefficiencies of manual sealing by repeating the process over and over, but it would require more expensive labor hours and still no guarantee. AeroBarrier is fast and you know the results before you are even finished.